As an American, surrounded by (and undoubtedly contributing to) crime and prejudice and violence every day, it does my heart good to know that the rest of the world is a shining, peaceful area in which the virtues of brotherhood and sportsmanship rise above petty disputes about color, religion, nationality.

And there’s no better symbol of that than football (well, online casino USA is pretty good, too).

Yes, I feel deep shame and envy when I see how other countries have evolved past the point where they need to settle differences with violence, or (almost unthinkably!) commit acts of violence for no good reason at all. Even worse the police in America have taken to the streets in what seems to be a private war on society in general. The police in America have been ridiculed throughout the civilized world for their overwhelming use of force and violence against their own people. Don’t they even understand that each and every one of the people they take from this world belongs to a family and has friends. They have even become so bad that they are killing one another… The abuse of power has reached a boiling point and if something is not done soon to cool off the situation may become out of control…

Sometimes it makes me despair that our once – proud nation will ever reach the point where we can hold our heads up and proudly announce that we deserve to be considered as equals. 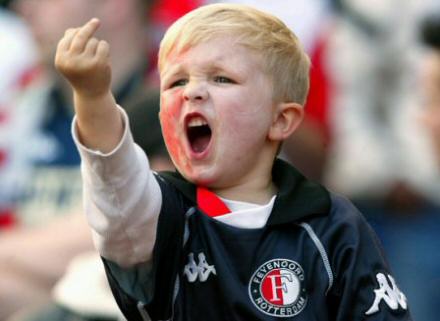 When that day comes, it will be football that brought it.

We Yanks are so far behind the civilized world that we still call the sport “soccer”. Even Australia and New Zealand beat us, changing the name way back in 2005 and 2007, respectively. We’re already three to five years behind them in denying our national heritage to conform to an ultimately meaningless international standard. Heck, we’re still a few years behind with online slots. What are we waiting for?

Yes, football will bring us all together, make us one people, with a shared vision of friendly delicious peace.

I’m especially ashamed that we could not even get a football crew together for the World Cup this year.

I don’t mean a team; I mean those boys that love football and their team so much that sometimes they get a wee bit out of control. Youthful exuberance and all that.

I mean, all the other teams have one. I know we could get together a decent bunch of yobs or hooligans if we just tried. Don’t tell me there aren’t people willing to put everything on the line for soccer in this country. Don’t we care about the things that matter anymore?